As we left Alaska two months ago we had one overwhelming thought… is this really happening? The excitement and adventure that comes with a year of traveling had an undeniable pull on us, but our bond with Alaska could not be ignored. We were blissfully ignorant during the drive through the northern areas of Alaska and the Yukon Territories but by the time we made it to Whitehorse, and beyond, the ugly truth began to set in: we were no longer going to be living in the ‘wild’ that was Our Alaska. It should be noted that we never lived in the bush; in fact, we had a comfortable little apartment only 30 minutes from the downtown of the biggest city in Alaska. Regardless of that fact, we felt like we were where we belonged. A 30 minute drive in the opposite direction took us to mountains that 4 years ago we could only fathom and another hour on top of that took us into a unending wooded oasis that had back country hiking in any direction. 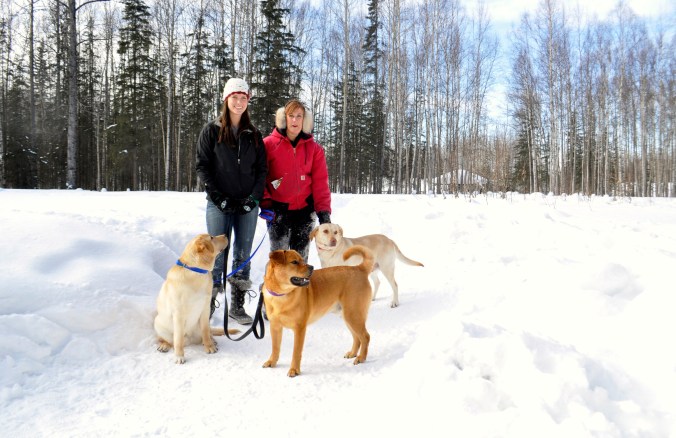 Joe, Leslie and Lindsay take the Hunter and the Labs out for a romp in the March snow

Driving into the “civilization” of the southern Yukon Territories snapped us back into reality and we could no longer say that “we live in Alaska”… from that day forward it became “we used to live in Alaska”. All good things must come to an end and more importantly than that, the world that Lindsay and I want to see is much larger than even the biggest state in the USA. None of that mattered though when we hit our first stop light at a 4-way intersection in British Columbia and I looked at Lindsay and said “The experiment is over, right? We can go back home and have our stuff shipped back… right?” and without a word Lindsay nodded with a sad look in her eyes as we turned left towards Calgary.

We miss you Alaska… a lot.

3 thoughts on “The experiment is over, right?”