Between WWOOFing gigs, we tried to hitch hike and take in as much as we could of the North Island. After we bought a car, our options opened up considerably and we could go see a lot more! Even though the “nature” of NZ wasn’t quite what we expected, it still had incredible moments and we tried to experience as many of both the unknown and hidden treasures of the North Island.

Prior to having Mushu, we mostly hitched around to go do cool things. This is a gallery of our first month or so, showing some of the cool stuff we did on the Coromandel Peninsula and going surfing in Raglan. 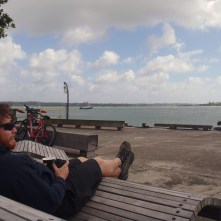 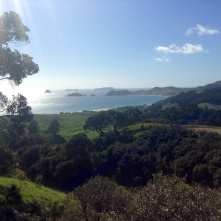 This is the quintessential picture of the Coromandel Peninsula. 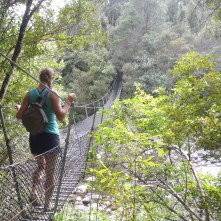 Lindsay embarking on the first river crossing of the Pinnacles Hike

The top of our hike up to “The Pinnacles” 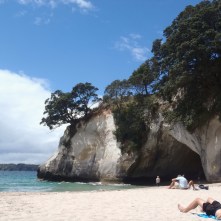 The beach from Cathedral Cove

My attempt at being artistic – Lindsay walking into the Cathedral Tunnel 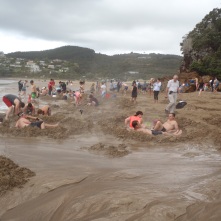 The craziness of the Hot Water Beach at low tide 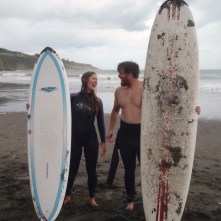 Lindsay and I after a day of “surfing”… or trying

What do you get when you put an American, a Canadian and a Frenchman in a canoe (Besides the start of a really bad joke)? An incredible five day trip floating down a beautiful river with memories that will last a lifetime, and a green submarine. 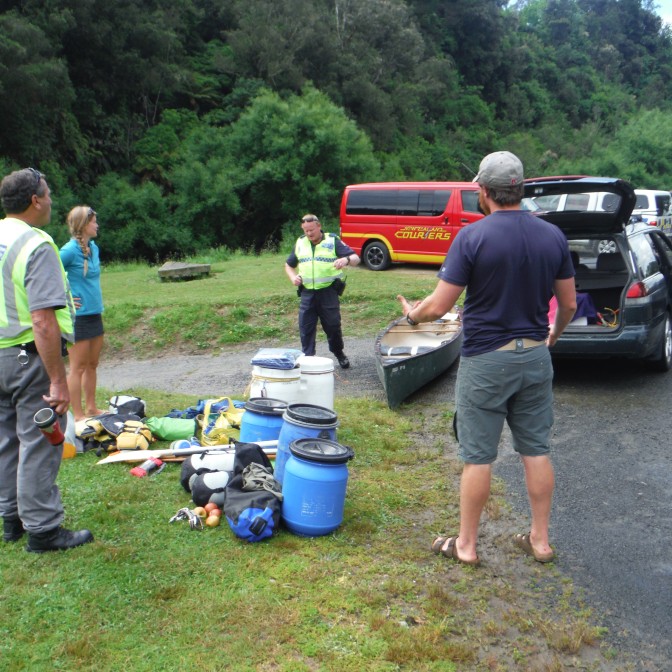 We met some cops at the put-in point. I promise they were cool with the whole thing and we weren’t getting arrested. 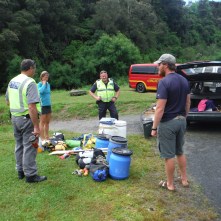 Mushu, all loaded up for her big adventure!

The infamous Green Submarine on the Whanganui River

Welcome to our Gypsy Camp! 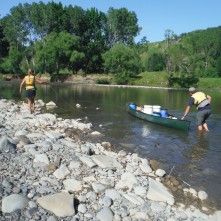 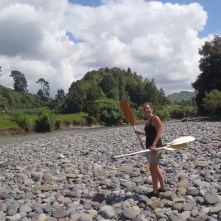 Emilie getting ready to submarine! 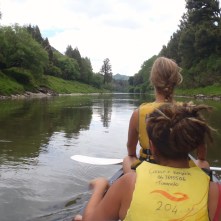 Lindsay and Emilie, all dried out from the submarining 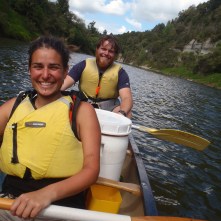 The beautiful scenery of the Wanganui River begins

The steep cliffs seem to take you back in time before people. 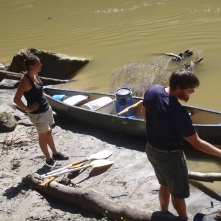 The famous “Bridge to Nowhere”

Lindsay taking a minute to be one with nature… or just not paddle. 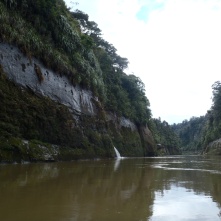 One last shot of the Jurassic-like scenery from the river.

The start of the incredible scenery on the river. 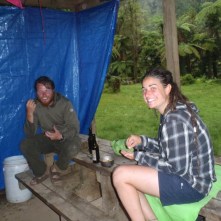 Emilie and Clay staying warm and dry during the monsoon.

We had torrential, cyclone type rain one night so we all hunkered up in the little cooking shelter at the campground.

The three of us pose for a picture on the “bridge to nowhere”. 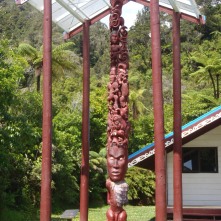 An intricately carved totem at the Mauri (native) village along the river. 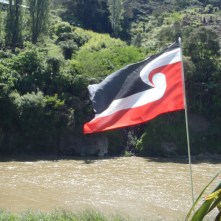 The Mauri Flag flying above the Whanganui River. 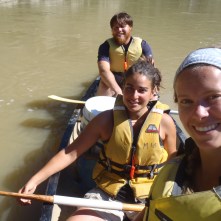 The three of us on our final day on the river!

Mushu is loaded up and ready to keep chugging along after the trip!

We had a week to see everything on the North Island that we hadn’t seen yet and a rental car to do it.  Sleep is for the weak, there was plenty of time to do that on the flight back to Canada. You only go to NZ once and it was time to try to take it all in!

One of the cooler pictures we took, old fishing boats that were just abandoned.

We wanted a traditional wooden figure as a souvenir…

Unfortunately this guy was over the baggage allowance…

The bottle of wine cost what a night in a hostel for two would… we chose the wine and slept in the car!

Lindsay after her daily shower… in the ocean during a pouring rain!

The beach where “The Piano” was filmed. I have no idea why we went there but Lindsay was all about it.

The jungle of New Zealand we thought we were going to see… unfortunately this is only about 10% of the country. 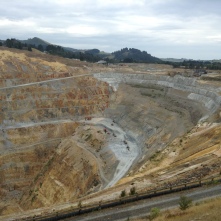 Clean, Green New Zealand… minus the strip mining for gold… 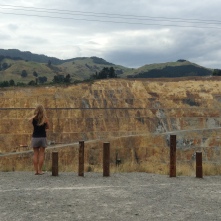 Cattle crossing the 2nd busiest road in New Zealand. No warning, no signs… just a road cone an a farmer.

Our “Priceless View” from Cape Reinga 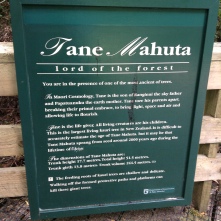 I really want you to know that this Kauri tree is THREE years old! 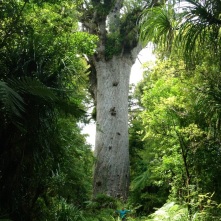 Lindsay hiding under one of the biggest trees in the Southern Hemisphere!

Following a minivan on the 90 mile beach.

The view from the passenger’s window! 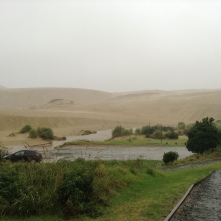 Our Mazda after getting off the 90 mile beach… only minor bumper damage! 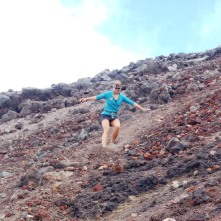 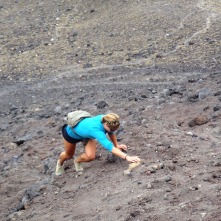 One thought on “North Island Adventuring”