One of the best stories of our time working at Punga Cove Resort starts before we even began our employment there. We knew that the Christmas and New Year timeframe would be the busiest and most expensive to be a tourist, and so we figured that if we could get a job then it would give us a chance to offset some of our travel costs and avoid the busy season. Well, of course most of the choicer jobs had already been claimed by people that planned on a full four or five month employment term. Since we were only looking for four weeks, at the MOST, we put ourselves behind the curve already. After seeing an endless stream of vineyard grunt work and mussel shell opening jobs on the job boards we came across Punga Cove. This beautiful little resort in the Queen Charlotte Sounds of the southern island had a job posting out for a kitchen hand and a housekeeper. Well, Lindsay worked 6 months at a hotel in Anchorage and I figured that if I could handle a year in combat I could manage to chop vegetables and take out the trash. 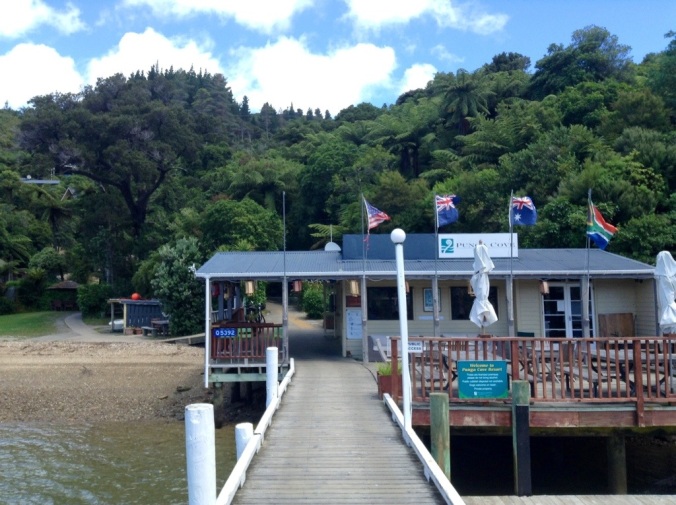 The Boatshed Bar and Cafe, where Clay spent most of his time working (or drinking coffee)

The kicker on the whole thing; we had to find a job in a week because at the end of that week we had a ferry ticket booked for the South Island, and when we arrived we needed a job! I emailed our standard application and luckily followed it up with a call where I managed to expand on both of our job experiences and had a very promising “let me talk to my husband and we’ll call you back”. Well, after a few days we hadn’t heard anything, and as the situation started to look more dire I called back a few times over the next couple days talking to Bev (owner) every time regardless of the time of day, and sent a CV written for a 6-figure Haliburton position rather than a kitchen boy, minimum wage job. I had pretty much written a job at Punga Cove off the list of possibilities, but when I called back the day before we left the North Island I went all in and told her “Bev, it’s 8pm, you’ve answered the phones for 12 hours daily and haven’t talked to your husband in 4 days. You need help and we can be there in two days to start.” Her response? “Make sure you have black pants, the water taxi leaves from Picton and tell them you are an employee to get a discounted rate.” Two days later we sat on the top deck of the Cougar Line water taxi on our way to Punga, not knowing if we were supposed to bring our own food or what we would be doing… But we had a job! 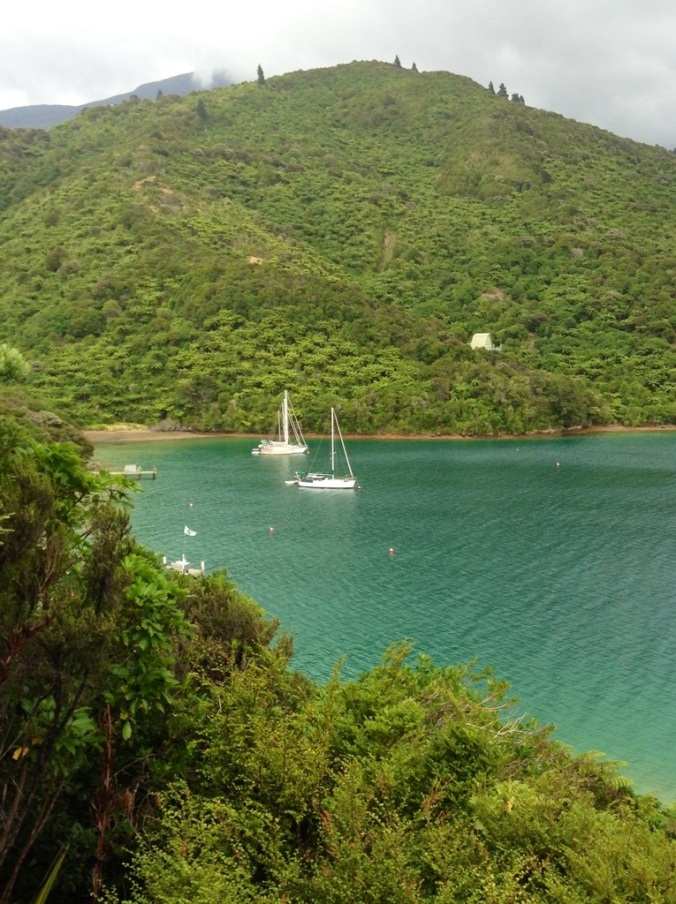 Lindsay’s daily view from the restaurant

Lindsay had the specialized skills of the two of us; she had past waitressing experience and also waitress/bartended at one of the more upscale restaurants in the Anchorage area while I had my time in Afghanistan. Since she could competently step in at a fairly upscale resort restaurant and function much better than the bearded guy could, that’s where she spent the majority of her time; opening for breakfast at 7am and closing from I dinner at 1130pm. Eventually after a few weeks she became the head server and started managing the front of house which she continued to do until we left. In all of her free time Linds spent a couple hours each week helping with morning housekeeping duties, generally on days when she didn’t work in the restaurant… That or tanning on the beach!

I (Clay) became a jack-of-all-trades at Punga, working every position there except for housekeeping despite my complete lack of any hospitality experience. I spent the majority of my time working in the waterfront cafe/bar at which I took a managerial position in by the end of it, partially because of seniority and partially because of my background. The other half of my time was spent doing maintenance (If I ever see kids put shampoo in a spa tub again I’m going to beat the parents to death with a garden hose) and foreshore duties. The position of foreshore is just a fancy term for the tractor driver and since they built the resort on the side of a hill and the freight came in by water taxi at the dock and the restaurant was the highest building on the property, the tractor became a necessity. 6 water taxis came in each day to bring people, luggage, fresh, frozen or refrigerated food, beer, wine, propane tanks, laundry and everything else a 25 room resort needs to function. The foreshore person unloaded the water taxi and delivered everything to where it needed go… So basically I spent 8 weeks driving a tractor up and down the hill and drinking coffee in the cafe waiting for the next water taxi. Don’t let me kid you, it’s hard to really call it “work”.

Clay’s office, talk about a wolf watching the sheep…

It didn’t end up being all work an no play though, we had a few days off in our time there (normally about 10 on and 2 off) and we tried to enjoy the Queen Charlotte Sounds as much as we could in those days. Whether it was kayaking in the Endeavor Inlet, hiking or biking the Queen Charlotte Track or heading into town for a shopping and wine tasting trip, we did our best to take advantage of living in paradise… knowing it wouldn’t last forever!