It was about 1230 in the morning and we were just coming up on the US-Canadian border to cross into Washington state from the British Columbia wine country of the Okanogan. My bad luck started when we made it to the border crossing and learned they were closed from midnight until 6am. With that news we turned the Jetta around and headed back to a campground only a few miles from the border. When we made it to the campground not only did we find the gate at the entrance shut and locked but we also learned that tent camping was prohibited anyway. Since we planned on making it to the border at 6am it was decided that we would just sleep in the car for a few hours. At about 2:30am I had enough of sleeping in the same chair I had ridden in all day and grabbed a sleeping bag (no sleeping pad) and threw it down beside the car for a few hours of sleep.

The air outside had an unfamiliar smell but considering the fact that we were in an unfamiliar area and basically parked in the shrubs beside someone’s lawn I decided that it was just the scent of humid summer air and lush greenery. As the night went on I woke up once or twice due to the pungent aroma in my nostrils and plunged my head into my sweatshirt to get back to sleep. Nonetheless, I couldn’t help but think that it smelled distinctly like urine where I had laid my head. 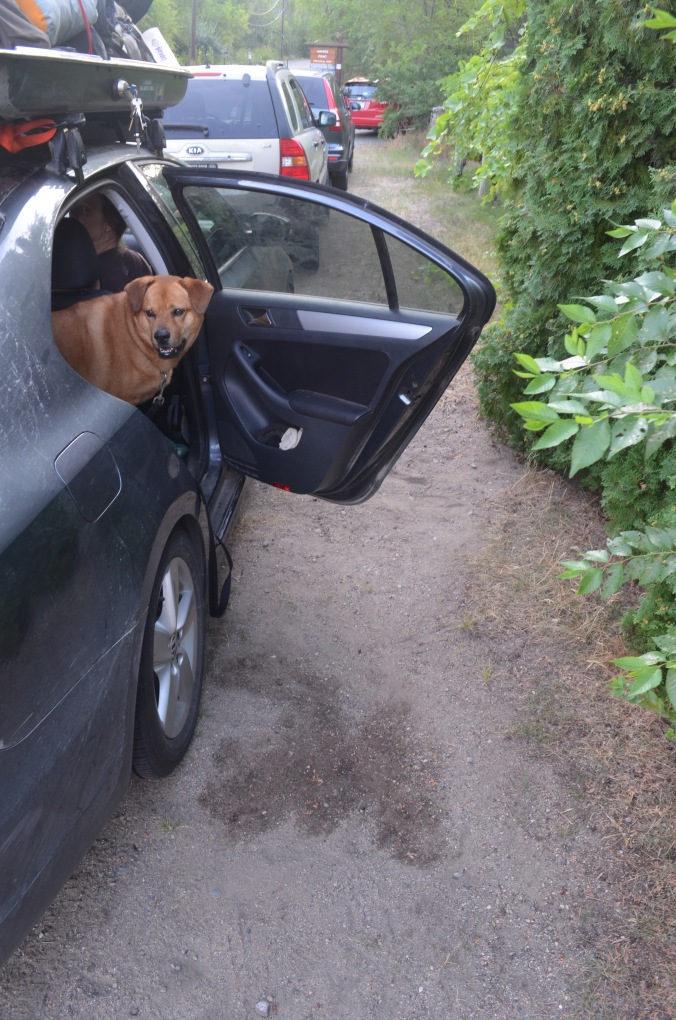 Well in the morning I picked up my sleeping bag and with a little more clarity than at 3am I remembered on thing: Lindsay went pee behind the car before we went to sleep. Yes, I put my head next to the back tire. And yes, I washed my sleeping bag that night.